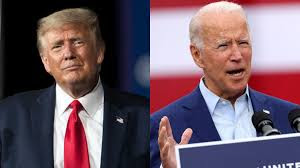 Four years ago, I wrote a piece about what to do if you hated both candidates. Trump was, at the time, my last choice among Republicans, and most Republicans I knew felt the same. Some felt strongly enough to go Democrat.

"I could never vote for Trump," they all said.

At the time, I wrote this:
I hear this a lot. I'm not talking about Democrats, but Republicans, particularly of the educated, northeastern, country club variety. The sort that like Kasich. For this genus, voting for Trump is declasse, a lowbrow act. And they would rather see Hillary Clinton be President than have their sophistication questioned at the next cocktail party.
So let's get this part out of the way. Trump is boorish, and
frequently crude. He has no filter. He has a checkered past with women. His facility with the English language is wanting. He tweets too much and sometimes with little thought.
He is all those things. In a perfect world, Trump would have the decorum of a Mitt Romney. But he doesn't.
(Worth noting here that there's one thing I don't buy, which is that Trump is racist. There's no evidence for this - indeed, there's ample evidence to the contrary - and Charlottesville was an abject lie.)
The question is, do these things mean you vote for Joe Biden?
Four years ago, I held my nose and pulled the lever for Trump, having no clue what might come. He was a total wild card.
Now, I will walk across a vast plain of burning coals to cast my vote.
What's changed? While Trump, the man, is no different, Trump the president, has surprised wildly to the upside. He is a damn good executive, despite having to weather the constant lies of the media, Democrats, and even our intelligence agencies. It seems every week there's a new manufactured scandal. It comes up empty and they pivot to the next with nary a moment for self-reflection.
The thing is, I don't need the president to be my friend. I don't need him to join my country club. I need him to do a job. That means creating prosperity and keeping the country safe.
Four years ago, I suggested that the "tie breaker" (assuming you liked neither candidate) should be policy. What's remarkable about Trump is just how doggedly he has pursued the policies he promised. If you're like me, you have never given much credence to any politician's promises. When Trump said he'd build a wall, I thought, "Yeah, sure."
And yet, a wall he's building, despite everything that's aligned against him. Really, I thought it was just a campaign line. 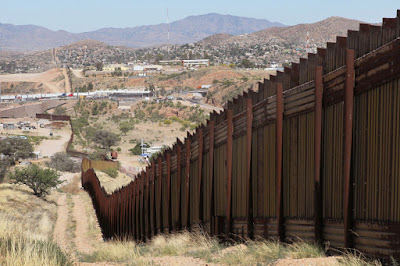