Breaking: The Dalton School Is in a Full Meltdown 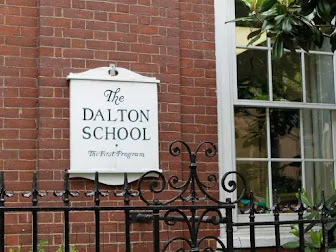 The Dalton School, one of the most prestigious private schools in Manhattan, is in the throes of a full-on racial meltdown. The precursor of this, as first reported by Bloomberg News, was the school refusing to reopen even while most other public and private schools in New York did. (This despite the lack of any scientific evidence suggesting schools were significant vectors for COVID 19.) Parents signed an angry letter, saying that the $54,000 annual tuition, none of which was being rebated, should buy something more than Zoom classes.

Possibly relenting under the pressure, Dalton has announced plans to reopen, but this has ignited another firestorm, this time from the faculty.

The charge has been leveled by black faculty and staffers. They suggest, among other things, that faculty of color are more at risk from having to come to work. The reasoning is that they have, on average, more distant commutes and therefore expose themselves longer to risky public transportation.

But that's just the start of Dalton's problems.

Over one hundred faculty have taken the opportunity to issue a lengthly set of racially-based demands that are breathtaking in their wokeness. Black students have added their own demands.

These demands, which have been obtained exclusively by the Naked Dollar, go on for eight pages, and have as their underlying assumption that Dalton is systemically racist. Dalton's teachers are refusing to come back until they are met. Parents are in an uproar, some threatening to remove their children. Major donors are said to be balking. The board, filled with New York movers and shakers, is in turmoil. The Naked Dollar has learned they have contracted an outside consulting firm to advise on handling the crisis.

Here is just a sample of the demands:

The demands for additional staffers alone would add millions of dollars to Dalton's annual budget. Siphoning off 50% of donations would dry up funding. Eliminating AP classes (referred to as "leveled courses") would destroy college admissions. It's not an exaggeration to say these demands, if implemented, would destroy Dalton altogether. According to insiders, much damage has already been done.

What you may not know is that Dalton has long been one of the most progressive schools in the country. They have actively encouraged the sort of thinking that is now biting them in the ass. And the obvious irony is that if Dalton is "systemically racist," a belief they themselves promote, it is progressives who bear the responsibility.

When progressive institutions embrace revolutionary ideologies, as Dalton has done, they fail to appreciate that the revolution comes for them first. The scaffolding is being built on East 89th street.

We'll see how this plays out.

Here are the teacher demands in full.